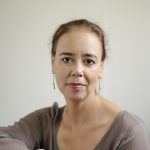 The work of Jane Long combines photography and digital art to create slightly surreal images that straddle the line between reality and fantasy.

My work combines photography and digital art to create slightly surreal images that straddle the line between reality and fantasy. I have exhibited locally and internationally and have been a finalist in several major photography awards.
Completely self-taught, I have worked with Photoshop since 1994, both commercially and for personal work.
Deciding to move into the fine art market in April 2014, my first series “Self-Preservation” received several accolades including several images being listed as finalists for the Macquarie Photography Prize and “Cured” being announced as a semi-finalist for the Moran Photographic Prize.
My next series “Dancing with Costică” gained international exposure with features on over 150 prominent photography and general interest websites including ABC News US, Daily Mail UK, Daily Mail Australia, SLR Lounge, PetaPixel, Bored Panda and BuzzFeed as well as a number of photography magazines and Romanian TV! The series was exhibited at the Romanian Embassy in Canberra, Australia in March 2015 and December 2016, at the Romanian Photo Festival in May 2015 and I was selected as a core artist at the Ballarat International Foto Biennale in September 2015.
My work has also been shown at the Affordable Art Fairs in Stockholm, Hamburg, London, Singapore and Hong Kong.
Interest in my personal work has continued as well as commercial work for Decca Records artist Aurora who commissioned me for the album artwork for her debut release “All My Demons Greeting Me As A Friend” as well as other record and film poster works.
In 2019 I was a finalist in the Click 19 photography awards and the Olive Cotton Award.

Art for Sale by Jane Long