Curating Art for The Block 2019

Like the contestants, nabbing a spot on The Block fulfilled a dream for Nancy Donaldson and Jarrod Knight. The duo own online gallery Art Lovers Australia and curated most of the art for this year’s couples.

Donaldson, a self-described “massive Block fan”, explains that couples take unique approaches to selecting art. “El’ise likes to talk through ideas,” she says. “We would put together a selection of art and she would give us feedback. She made bold choices and had a narrative thread throughout the apartment honouring the women who had lived and worked in the Oslo. Having the female muse as a continued theme was beautiful for us.

“Other contestants were really organised, chose for themselves and never spoke to us,” she says. Jesse and Mel, for example, would look online and choose pieces they liked, says Knight.

Donaldson adds that Mitch and Mark obviously loved art. “They’ve got a real style in their apartments,” she says. “They were used to buying in galleries, so [choosing online] was new territory for them, but they were happy with the experience.” 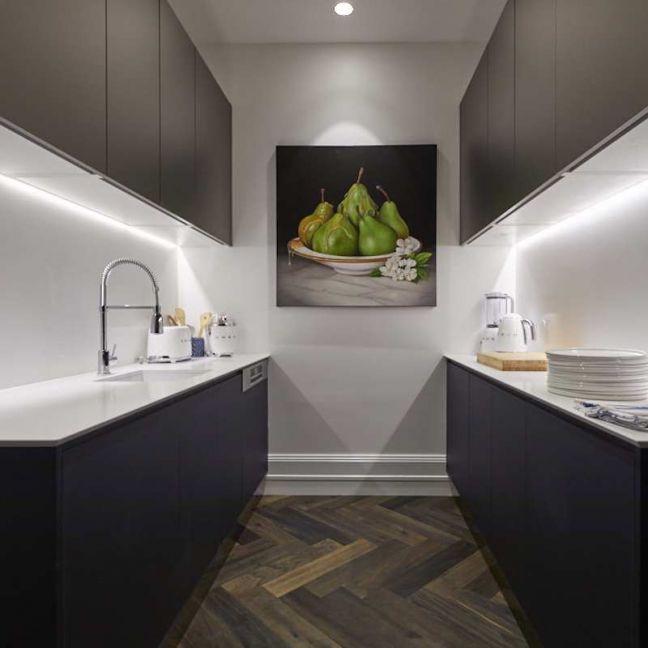 Some contestants didn’t provide any information about their rooms, so Donaldson and Knight didn’t know how they looked until seeing episodes on air. Others were more active. “El’ise, for example, put us on FaceTime and took us through the space.”

While Donaldson worked with contestants, Knight looked after logistics. “He’s the person behind the scenes making everything happen,” Donaldson says. “One artist needed to get on a plane with her own artwork the next day. Without Jarrod doing the back-end stuff, it wouldn’t happen.” 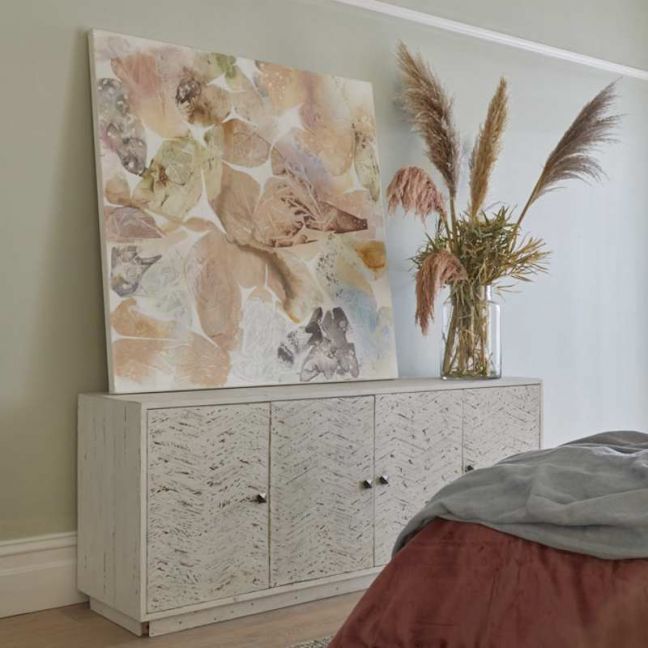 Breathe Me by Amica Whincop, as seen in Andy & Deb’s Master Bedroom (Photo: The Block Shop)

Relationships – the good and the bad

Donaldson says she “had a little cry” when filming ended. “I realised that we’d been talking so long that you have a friendship or a connection.” They became close with some contestants, particularly El’ise.

They had to draw a line when it came to choosing works, however. “Because it’s a competition we had to allow the contestants to make their own design choices.”

They even had to remove one artwork because it was causing friction. “You don’t want that reminder that you had a disagreement,” Donaldson says. “There’s enough pressures on The Block as it is.”

Knight says trying to envisage spaces from off-site was an early challenge. “It was a case of doing our best to align a selection of choices with their styling and the direction they wanted to go colour-wise and thematically,” he says. He notes that this got simpler throughout the season. “Once we got into a groove and were aligned with what contestants were after, it got easier putting selections together.”

The augmented reality app on their site – which depicts how a work will look in a room – also helped with decision-making.

Knight says a plus for contestants was Art Lovers’ ability to supply works from around Australia. “It gives contestants more to choose from and we did our best to make sure it got there on time.”

Nancy points out that several contestants became more confident over the series. “Tess was totally frustrated the first week talking to Harrie in The Block shop saying, ‘I don’t know. You decide,” she says. “I think they’re doing really well now. They are getting more sophisticated based on the colour palettes being brought out from the artwork. They are using the art as a hero pretty well.”

Joined at the hip

For Donaldson and Knight, being on the show meant conversations with contestants early morning or late at night when tradies weren’t on-site. “Basically, we were joined at the hip everywhere we went for three months,” says Donaldson. “We could get a call at any time. If one of us was driving, the other person was on the tablet scrolling through art works while we talked on the speaker making decisions.”

They didn’t mind, though. It took 18 months of planning – including meeting previous contestants, finding key contacts and crafting a great pitch – to secure the role.

Knight says one of their main reasons for getting involved was to bring their artists to a wider audience and break down barriers between people and original art. “There’s no reason people can’t have original art in their home,” he says. “It’s a focus and a talking point.”

Donaldson recommends “following your heart” when choosing works. “if you find it interesting and it resonates with you – whether it’s telling a story for you or you love the colours or atmosphere – that’s all that really matters. If you put it in your room, you’re going to enjoy it.”