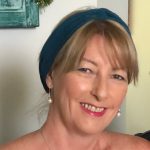 Capturing the Spirit of Ocean and Earth in Contemporary Art! Internationally awarded and exhibited.

Olivia Alexander is an internationally exhibited and awarded artist known for her bold and expressive ocean and earth inspired contemporary paintings.
She is passionate about the ocean and nature and inspiring hope through her work.

Her artworks are owned by private collectors in many countries and she has exhibited or is represented by galleries and curators in cities such as Paris, New York, Chicago, Rome, Bologna, Sydney, Kolkota, London and Singapore, to name a few.

Olivia uses acrylics, watercolours and inks in rich, luscious layers of colour combined with intriguing mixed media techniques to create textures and patterns that capture what is often overlooked by the human eye.

Passionate about art and creating hope through it, inspiring others, she invites viewers of her work to feel the spiritual energy and to experience the world around them in a different way through her use of colour, texture and composition.

She works from her Gold Coast art studio in Queensland. Visits welcome by appointment.

Art for Sale by Olivia Alexander