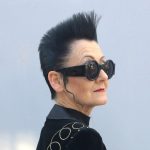 I have been an artist all my life. I currently produce Hard-Geometric Paintings and Limited Edition Modernist Prints

Collectors, both in Australia and Asia, snapped up the 12 large bright geometric works and such was the demand, also secured the remaining paintings from her previous exhibition 6 months earlier. We have chosen Art Lovers Australia to release a few early works, limited edition prints and a selection of larger paintings as they become available. 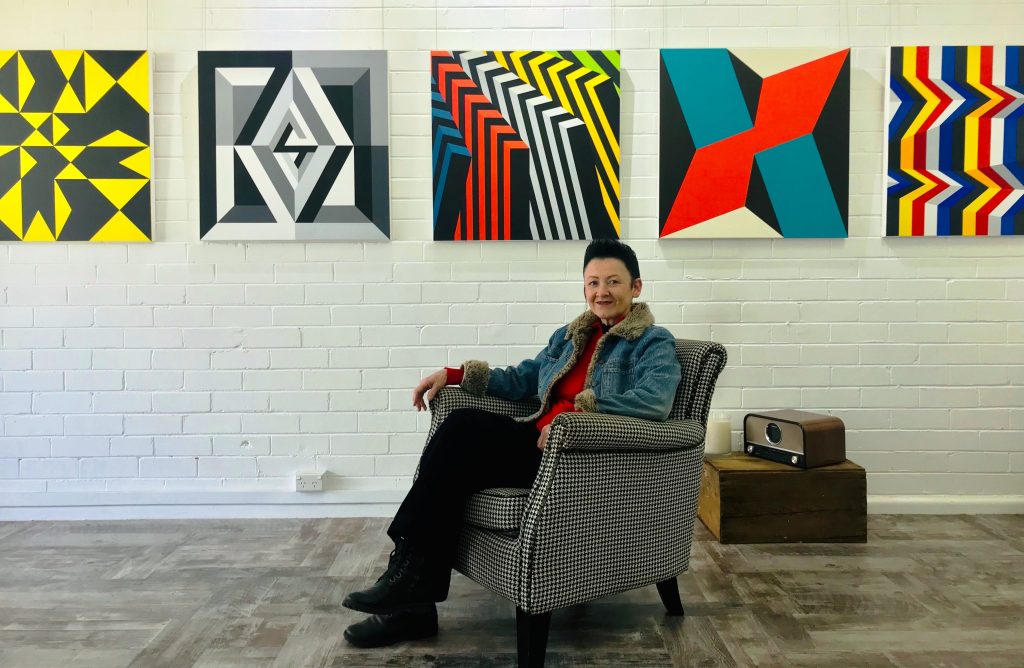 Lynda Hyde has had a career in the Arts for over 40 years, as an artist, set and costume designer and as a performer in Contemporary Dance, Mime & Magic.

“Being a child of the Mid Century, I’ve held a lifelong fascination with modernist design and hope my work continues to convey that era’s strong sense of optimism, happiness and fun, traits that are somewhat lacking in these current times.”

On leaving school she trained in drafting and worked for a time in the Australia Square offices of Australia’s foremost modernist architect Harry Seidler. This led to a fascination with the geometric form and modernism, which she then explored through painting, dance and graphic design.

She also worked with her husband Timothy for many years in their entertainment company Achieving the Impossible, travelling and performing Magic and Illusion Shows extensively in Australia and abroad. Highlights included performing as the opening act for entertainment legends – James Taylor, Whoopie Goldberg and Shirley MacLaine.

As well as performing, Lynda was responsible for the companies costume, prop and set design as well as using her design skills in publicity and promotional material. She also freelanced for many other performing artists and companies.

Her current paintings are larger Geometric Abstractions in acrylic. These explore the Perception of Movement, Shifting Planes and Points of Focus. There is an intersection between Op Art, Hard-edge Geometric Abstraction and Colour Field painting that she loves and her larger works reflect this.

The work grows from the early European pioneers in the field of Perceptual Abstraction; Victor Vasarely, the father of the Op Art movement, and Zanis Waldheims and his “Geometrization of the Exhaustive Thought.”

Her last three Solo Exhibitions were all Sold Out and her work is held in private & corporate collections  around Australia, Hong Kong and in the USA.

“I use traditional techniques and equipment from my background in drafting to create hard edged geometric paintings that explore tricks of the eye. Designed to both amuse and intrigue, they also reflect my long career in magic and illusion.”