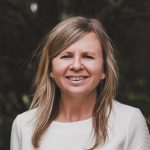 I am an award winning artist, illustrator, graphic designer & the creator of Bobson Farm.

I am an award winning artist, illustrator, graphic designer & the creator of Bobson Farm.
I grew up on farms throughout country NSW and now live and work in Sydney.
Painting mostly in acrylics I generally use a very simplistic illustrative style, as I want the emotions evoked through my artwork to be the focus. I am preoccupied with simplicity, reflecting this in my art.
I began painting when a seemingly insignificant packet of water colours was given to me as a gift. I discovered a love for painting and have been doing it with a passion ever since. I am a self-trained artist immersing myself in study wherever possible, believing constant practice, experimentation, and failure are the best teachers, recognising that ‘mistakes’ have made for some of the most beautiful surprises. Studying interior design has also further fuelled my love for colour, line and balance.
It has long been my personal philosophy that art should create a place where a person can escape this chaotic world and experience something beautiful and inspiring & even if only for a moment.
My world is shared with my husband Brett, two beautiful daughters Jordan and Millie, son in love Martin, grand children Hunter, Matilda and Joah, mum Luda and my beautiful dogs Pumpkin and Butternut, all constant inspirations.
My Studio is in Sydney NSW and I accept commissions.
“The job of art is to chase ugliness away.” – Bono

Art for Sale by Julie Robertson