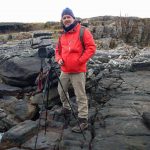 Born and raised in Scotland David was introduced to photography by his father ( who was an exceptional amateur photographer and movie maker) mentoring and guiding David through his early years. Living in Scotland finding subject matter to photograph was easy, David was surrounded by it, inspiring scenery from coast to coast. The beautiful winter light deep in the Scottish highlands to the rugged coastal seascapes.

In 2012 David moved to make Australia home and is based in the Gold Coast, exploring the beautiful beaches and coastline of Queensland, he was soon finding some incredible locations for shoots. Forever inspired by natures beauty he has travelled to Darwin, Melbourne and New Zealand in his search for something special.

Art for Sale by David Scott